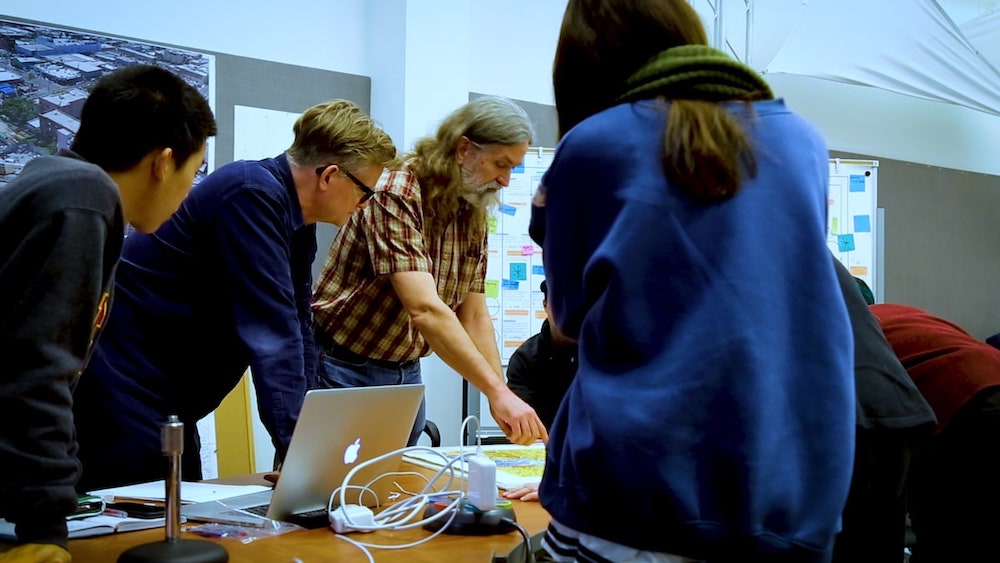 Albert Einstein believed that there is a lot in common between art and science. But since the Renaissance, when polymaths captured the beauty of their discoveries and turned it into art, these two spheres of human knowledge have taken very different paths. Can science and the arts still influence each other, and can art advance science? Roberto Garbero

For centuries, Art and Science have occupied powerful but separate silos, evolving deeply within their own domains, but without the advantage of mutual influence. Artists attempt to depict their view of the world using intuition as analysis in intricate forms of visual and other media. Scientists attempt to understand the world through analyses of complex experiments and represent the results using a variety of visual representations. The World in a Cell unifies these two approaches. 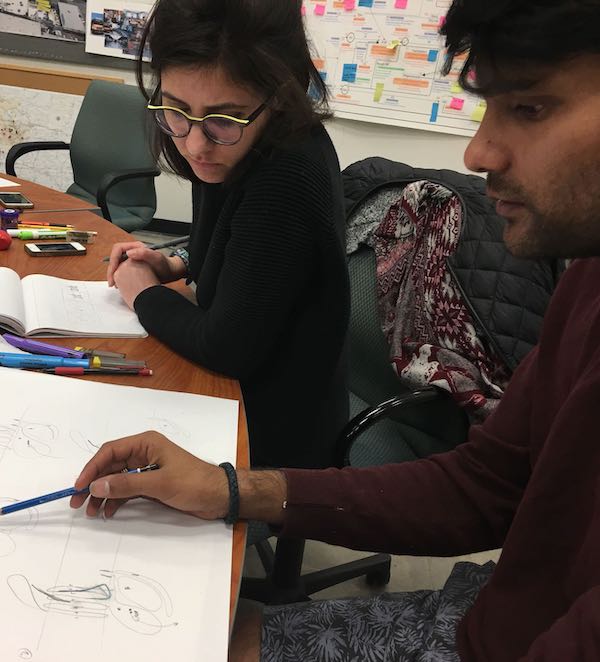 In 2017, Professors Raymond Stevens and Alex McDowell came together to define a radical collaboration between science and art. Dr. Stevens was clear that scientists needed a new kind of storytelling to translate the esoteric language of structural biology. They agreed that a new visual language could be created that would allow a new level of access and collaboration. This would erode barriers to the sciences and create a new level of entry for students, educators, museums and others. 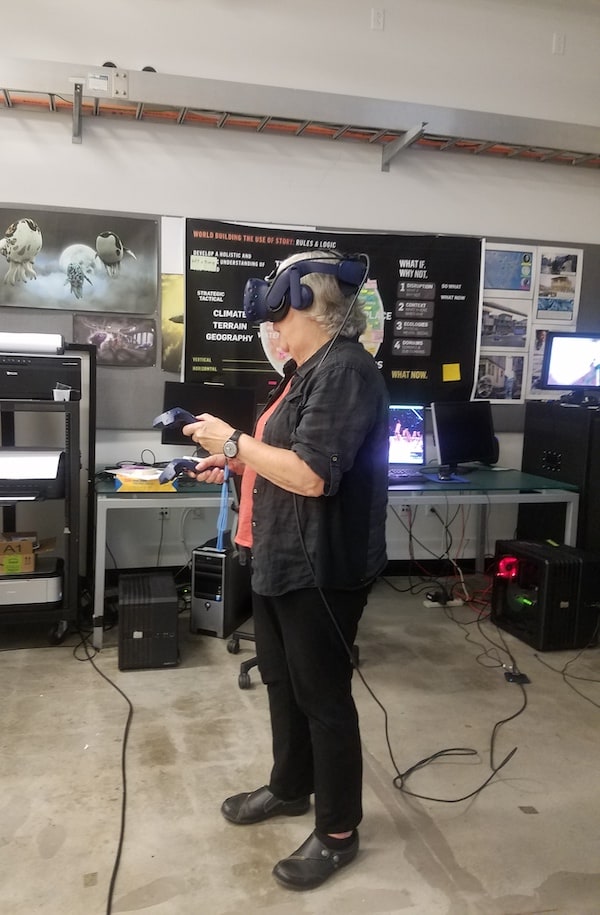 About World in a Cell

In the World Build Media Lab, our artscience research is developing a new way to present molecules that are recognizable, relatable, and widely accessible, through the invention and development of a radically new structural language. Each constituent of a Cell is represented as a new fluid, but modular, architecture. These molecules and organelles are translated into universally recognizable constituents through a next-gen [new generation] visual language developed by our biologists, chemists, crystallographers, programmers, engineers, animators, architects, artists and designers.

To prototype, develop, and apply this new representation, we chose glucose regulated insulin release by the Pancreatic Beta Cell as our subject. For the first time, the modular representation of the constituents of the Pancreatic Beta Cell allows the user/viewer to see the constituents of the cell in direct relationship to one another. Within mixed-reality, immersive and interactive environments, the viewer can observe relative scale, relative geo-location, relative activity, and relative function of each constituent, through time and fully immersive space.

Using narrative systems, storytelling, and world building the project presents cellular biology in an experiential world based on the structure and function of a single cell. This rich biochemical world engages the user in concepts, pathways, and implications through design narrative, all backed by scientific rigor. 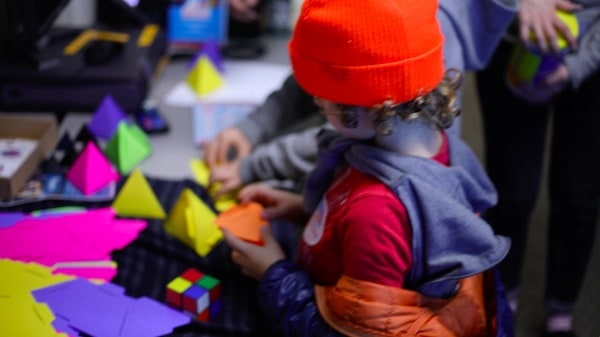 The Science and Art of Artscience

Imagine walking through an ancient forest. For the scientist the forest yields data in enormous detail from every element in the forest that they choose to study. A family walking through the forest can recognize specific trees and animals and engage with the forest with enjoyment and increasing knowledge. For the child, running through the forest, hearing the sounds and seeing exotic shapes embeds the experience and joy in their young minds. Imagine a World that can accurately represent the Cell as a ‘forest’, that gives new insight and engagement for every audience - in the laboratory, the museum, and the classroom - and for those children and adults who suffer from Diabetes.

When art and science are released from the confines of their originating disciplines and bound together into the single discipline of artscience it allows us to better understand, integrate and advance knowledge. Over the past century, science, engineering, and medicine have become progressively more specialized, each diverging into an array of sub-disciplines. The same can be said of the arts - where every discipline has become siloed. Using integrative techniques and the world building methodology to break down barriers within science and art can push the fields forward in ways never imagined and yield progress essential to the future of humanity. 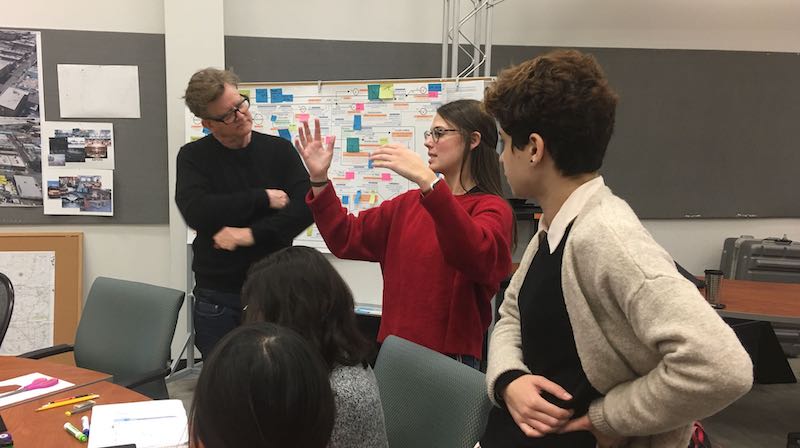 Most scientists are fully aware of the importance of molecular and structural biology. But few people outside of this community have even the most rudimentary knowledge of molecular architecture and how it impacts their daily lives. This is in stark contrast to people’s fascination and understanding of outer space. Children go to planetariums and have a surprising amount of knowledge about the universe. Science fiction films focused on space exploration are enormously appealing to the general public.

We believe that inner space is equally interesting. There are thousands of molecules of different shapes and sizes moving around cells and interacting with exquisite precision. If people knew even a small amount about this inner universe, they would make much more intelligent decisions about their health and welfare. The very first step is to make the abundance of information currently stored in the Protein Data Bank understandable.